Are you stuck somewhere in your NaNo Novel? Need some help?

It is no secret I’ve been stuck in my Nano novel for most of this month … stuck in that I have not written to bring my story to a satisfactory end. I stopped last November at a place where the reader should be eager to turn the page to see what comes next. My sister was when she read my very rough unedited first draft after the last NaNoWriMo ended. In fact, she told me she was perplexed and wondering where is the rest of it! She thought I had skipped a page in my binder — I write longhand — but no, it just wasn’t there. I had purposely stopped there, unsure how the story would proceed, anyway, but I had run out of November and had to lay down my pen to finalize my word count.  I left off where a mystery box had been discovered. “Laurice took the key, put it into the keyhole, and turned. It clicked.”  You see why she was perplexed? There was such a tension build-up to this point, and then … nothing more to read. Mean me. 😉

Now, here I am with less than two weeks to go in NaNo 2013 and I still don’t know how to end this story, or how to move from the cliffhanger and on toward the solved mystery and sensible end. I’m sure it is there waiting to be found, I just have to LISTEN and write what I hear and see.

I tend to be a very visual person; I often see words as they are spoken, and when I write I see what I hear in my mind – not only in words but in scenes. Sometimes I see it and then have to listen for the words to go with it. Is that bizarre?

I thought maybe someone else might be in the same predicament – stuck in their NaNo novel (or any writing they’re trying to work through) – so on the odd chance one of my readers fits that category I am posting here something that might help you. I’m even testing it out right now.

Are you a writer who likes background noise or do you prefer absolute quiet? Do you like the murmur of voices or it is music that helps you write? I have, during the past NaNos, usually preferred QUIET but sometimes low instrumental music or some other nice calming music. Nature sounds come to mind. Somewhere, was it on the NaNoWriMo website? I can’t recall, I found Coffitivity – a free link for people who would like to do their writing in coffee shops or cafes but can have the same background ‘noise’ without going there. What you get is the sound of people talking and laughing but you don’t ever catch what they’re saying, so there is no distraction of conversation. It’s a constant hum and rise and fall of voices along with the occasional clink of a cup or spoon or the clatter of dishes being cleared. Interesting, but it has been proven to actually help people in their creative thought. It seems there is a level of such sound that doesn’t hinder but helps people think better. Of course it doesn’t work that way for everyone, but if you are stuck give it a try!

This morning two of my girls were chatting about their cats, comparing notes and cutesy things they do, which gave me Idea #25 for PiBoIdMo! Yeah! Just now something happened here at Dad’s regarding a chiming clock and my daughter taking a picture of it, and her tale of woe regarding a mouse … ideas #26 and #27! Gosh! I’m on a roll~ Maybe this link works! or my daughters inspire me.   Yeah, that. 🙂

And now my post for NaBloPoMo is done. On to NaNoWriMo with the hope I can break through the block and help my characters find the resolution to their dilemmas. And mine! 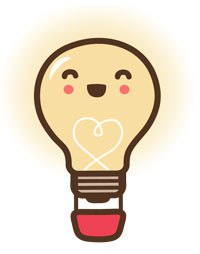 If you try Coffitivity, please let me know does it work for you? What tricks do you use to help you write?

Posted in Preambles to Writing, Writing