My sincere apologies for not posting lately. I’m feeling a little overwhelmed and a lot tired.  I do have a little story to tell you today, though.

A few weeks ago I went along with my daughter and young grandson to the magnificent performance of Beauty and the Beast. It was a wonderfully executed musical with excellence in the acting, dancing, singing, sets, costuming, lighting … and everything I may have missed mentioning. (My only complaint was regarding the small restless child seated behind me who whined, kicked my seat and somehow managed to kick me a few times over the top of my seat. Fortunately that didn’t last.)

At first my grandson didn’t seem all that impressed when it began with a short narrative, but once the ‘show’ got underway he didn’t move his attention from the stage. It was that good. 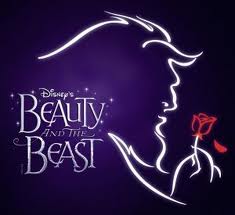 If you know the story of Beauty and the Beast, you know Belle’s love is what saved the Beast so after he died he again lived to become who he really was. (Reminds me of the Christian experience of grace.)

The ending of this live performance got to me; it was so beautifully done in such a touching way. I confessed to my daughter afterward, “I got tears in my eyes at the end.” She replied, “Me too! I was thinking don’t look at me!”  🙂

Now you may be wondering about the title of this post … Saving lives.  It was on the way home we got to be part of another dramatic live-saving adventure.

Part of our hour-long drive from the city to home is on a divided highway, three lanes both ways. As we drove along we noticed traffic in our lane was slowing a little and pulling out around something. My daughter was driving and suddenly exclaimed, “A mother duck and her babies!” On our left side – which was next to the median – there was a duck and her nine ducklings, waddling along in the same direction as the traffic. She obviously wanted to get up over the median, then would change her mind, and instead move into traffic in our lane. Her babies were staying very close to her, except for one little fellow that literally fell behind. It toppled over, got up again, and waddled even faster to catch up. So cute, and very stressful for us watching and worrying about them getting run over.

My daughter pulled on her four-ways (emergency signal lights) and slowed since they were then right in front of us. Eventually all traffic in our three lanes came to a stop, and a man in a van two lanes over, and I, got out to direct the duck family across all three lanes to a ditch. A second man from another vehicle joined us so they could not go off in the wrong direction.

I told my grandson the mother duck could have flown up over the median but her babies couldn’t fly yet and she wouldn’t leave them. It was quite an example of dedication for him to witness.

The duck rescue was a stressful, exhilarating, satisfying experience. When I told my husband about it later he said if the police had come along I could have been ticketed for stopping traffic on a main series highway. If that is true then I would not have been the only one. (Please don’t tell on me. 😉 )

I checked on YouTube and found many similar incidences, but they were captured on video whereas we didn’t even get pictures. Oh well, you will just have to believe me.

I did find this video that will take your breath away, as must have happened to this unfortunate – or fortunate, depending on how you look at it – family of ducks. (I hope the video works for you.)

Have you done anything crazy or daring to save a life or help someone out? I’d love to hear about it.

This entry was posted in Miscellanea and tagged Beauty and the Beast, drama, ducks, Musical, nature, saving ducks, saving lives. Bookmark the permalink.